How Commercials are Being Resurrected on Streaming TV

How Commercials are Being Resurrected on Streaming TV

As I talk to business owners around the country about the growth of OTT/CTV, there is one objection that has been challenging to overcome. While they mostly agree that everyone is watching streaming television (71% of internet users use an OTT/CTV service at least once a month) they also believe that most of that viewing is taking place on SVODs (subscription-based video on demand services) like Netflix, Disney+ and HBO NOW where there are no ads, or on hybrid models like Hulu and YouTube TV that don’t sell their inventory programmatically.

It reminds me of a time several years ago when the same argument was being made about targeted display advertising. Advertisers wanted their ads to be delivered on sites their mom knew by name, or within popular apps. Thankfully, advertisers quickly came to understand that it was more valuable to target a relevant user playing a silly app like Ant Smasher than an irrelevant user on CNN.

I’ve done my best to paint a picture of the growing AVOD market by talking about all the free apps that come standard on most new smart TVs, or how Viacom purchased Pluto TV. Still, the bulk of folks I talk to are still pretty clueless about Popcornflix, Crackle and Tubi. More importantly, they struggle to imagine a world where they would choose an AVOD over their subscription to Apple+ TV or Amazon Prime Video.

I get it. There’s a lot of awesome content on SVODs. Personally, I’m a sucker for The Marvelous Miss Maisel, See and The Mandalorian. Why would I flip over to Pluto when I pay around $100 for all my other subscriptions? (I know. I have a problem.)

But last week, two things happened that provided me an interesting view into how AVODs are taking on SVODs and I believe they have a pretty good strategy for coming out on top.

First, I used the voice search function on my Amazon Fire to search for something really random that I had a hankering to watch. I spoke the words “Fear Factor” into the remote, wondering if it was available anywhere online. Sure enough, it popped up on Pluto and I watched Joe Rogan with hair for over an hour – including the commercials.

Second, I got this email from Pluto:

I was shocked. I had no idea that a brand new show like this was available on Pluto TV. In fact, I had just renewed my $5.99/mo subscription to CBS All Access so I could watch Picard. Had I known that it was available for free (with a handful of commercials), I’m certain I would have gone that route.

The reality is that most of us cut the cord to save money, only to discover that we’re spending the same and sometimes more to watch our favorite shows. I talk people every day who shake their heads at how many SVODs they pay for. According to the Video Advertising Bureau, 70% of households have a multi-channel subscription. There’s even a term for it. It’s called Subscription Fatigue.

Thanks for reading. -David McBee 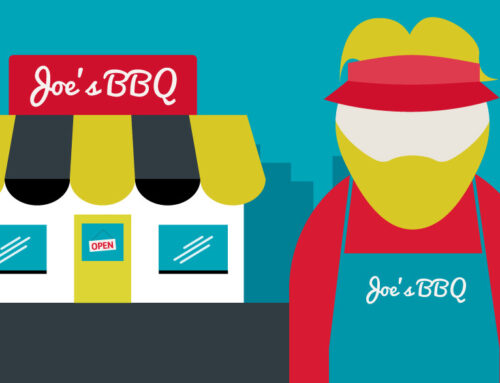