While attending the Olathe Kansas Old Settler’s Day Parade yesterday, I couldn’t help but notice several parallels between the parade (a very social event) and Facebook.

Participate in the theme.

When businesses interact on Facebook, it’s important that they participate in what’s going on at the time. It’s great to see businesses wishing their fans happy holidays or even offering fun trivia based on current events. One of my favorites, The Grass Pad, offers excellent seasonal advice to their fans. These posts are met with a positive response because they are current and fit the “theme” that’s going on at the time.

Here’s a pic of the Chik-fil-A float. They did a great job of participating in the “Once Upon a Time” theme while inserting their own classic cow character into the scene as the Beast. At the same time, they were giving away coupons to the crowd, also a great Facebook strategy. Special offers are always a hit on social media. 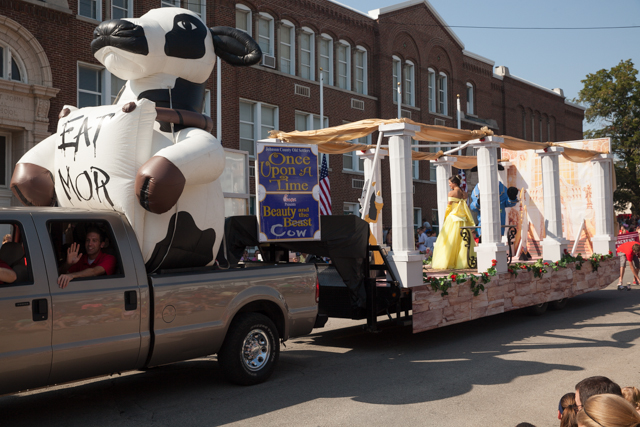 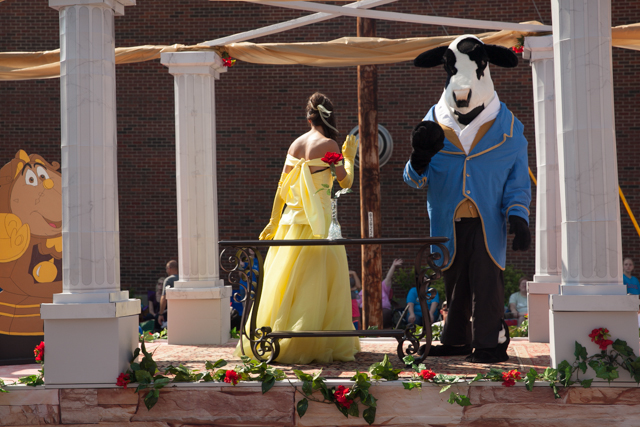 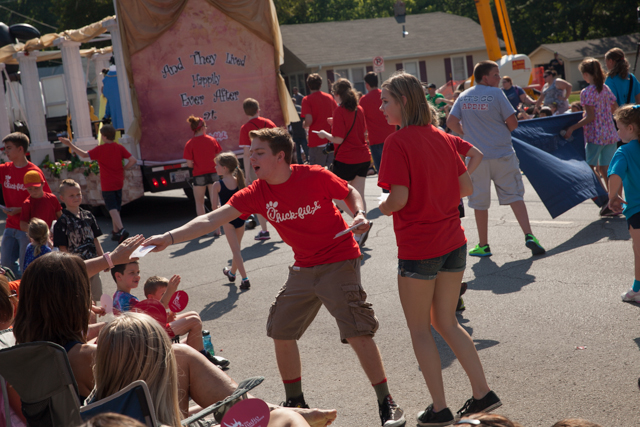 Here’s another company that did a great job. Johnson County Siding and Window Company gets it. They created a beautiful float that was spot on the theme of the parade, and they were smart enough to pull the float with their wrapped truck, offering just a little commercial promotion to their business, while still delighting the kids with Cinderella and Prince Charming.

Oh, and BTW, I just checked their facebook page and they “get it” there too. They offer quality content, specials and they even had a Labor Day specific post. Yah, they get it. Well done. 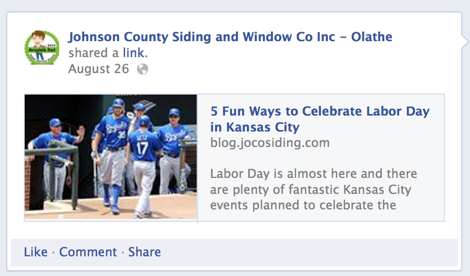 If you act commercial, you’ll be perceived as commercial (and not social).

Who hates it when they’re looking through their Facebook news feed and they are bombarded by advertisers who are not enhancing their experience? Right? We’ve all had that happen. Either it’s a paid advertisement, or worse than that, a business that we’ve liked – one we’ve allowed into our news feed, posts a blatant commercial message. That’s just no fun while you’re surfing Facebook.

It’s also no fun in a parade! Take a look at these businesses that participated and you decide if they added value to the parade, or if maybe they’re more of a “commercial interruption.” 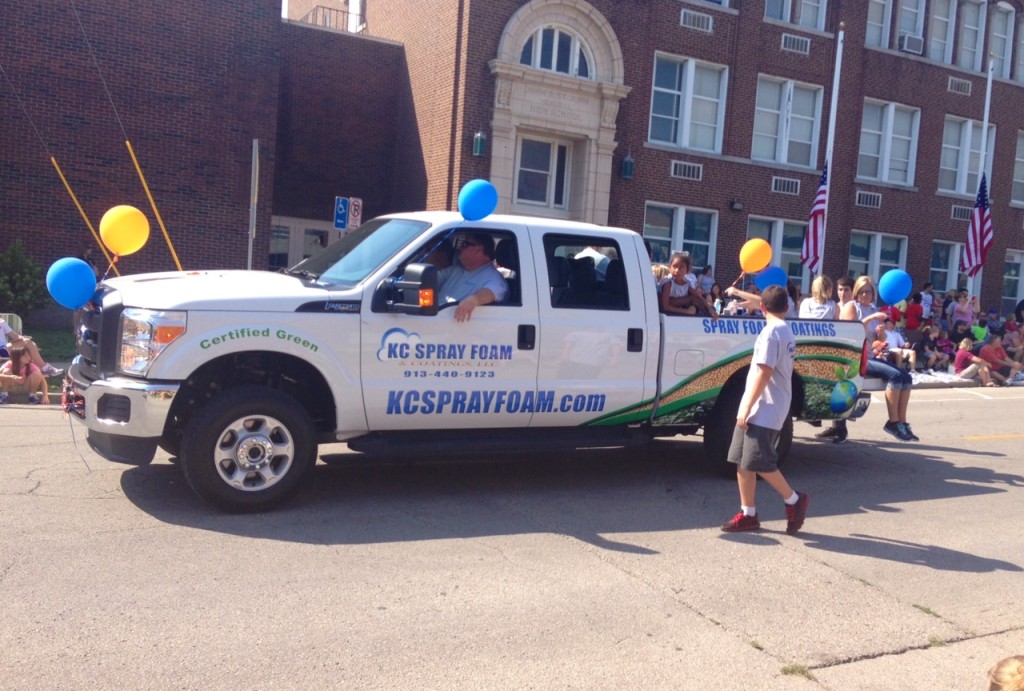 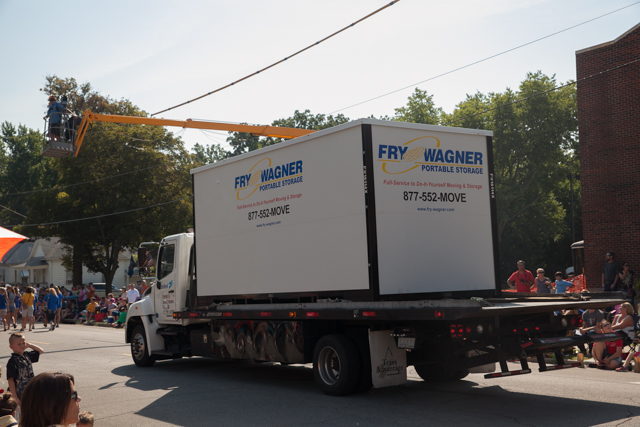 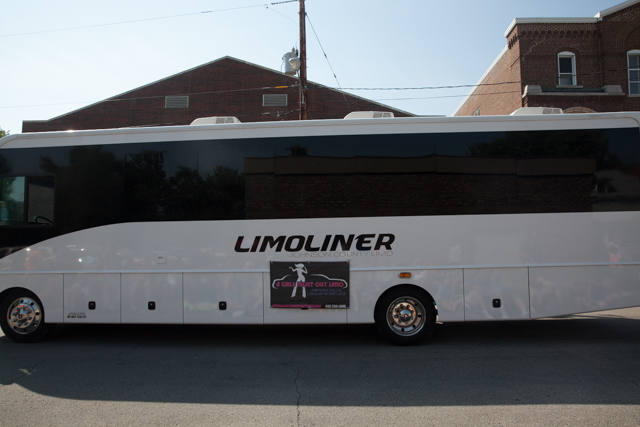 One of the biggest rules that businesses have to follow on Facebook is to create and give away great content. As long as the business does that on a regular basis, fans will continue to allow them into their news feed, and even comment and share, thus enhancing the value of those posts.

Jimmy Johns did this during the parade. They didn’t have a big fancy float, or princesses wearing pretty gowns, but they did give away sandwiches, hundreds of sandwiches. The crowd loved it, cheering and jumping and screaming for more. It made an impact. My thirteen year old was lucky enough to get his hands on one and was talking about the experience hours after the parade.  People love free stuff, so if you have the ability to give away your merchandise or a prize, that’s usually a big hit on Facebook. 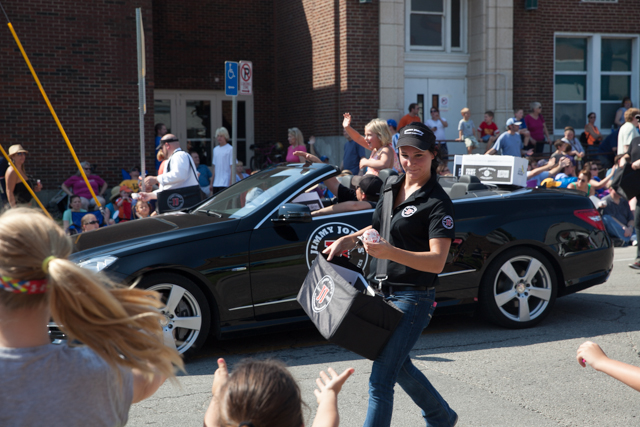 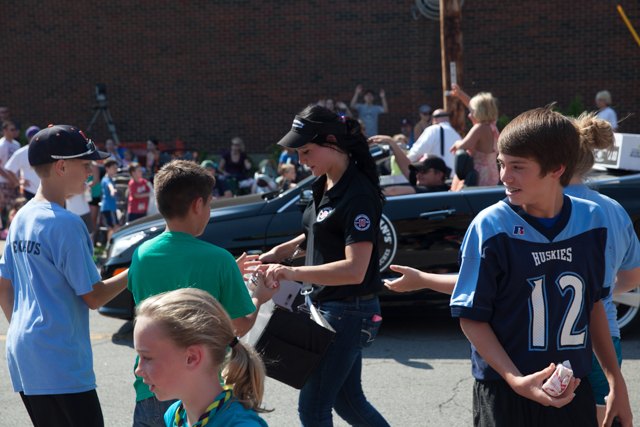 So the next time you’re about to post something for your business on Facebook, ask yourself how it would go over in a parade. Would it be a hit? Does it fit the theme or the season? Are you providing something of value? Do you have a great give away or are you at least providing great content? Or are you just posting to post something? Are you coming across too commercial?